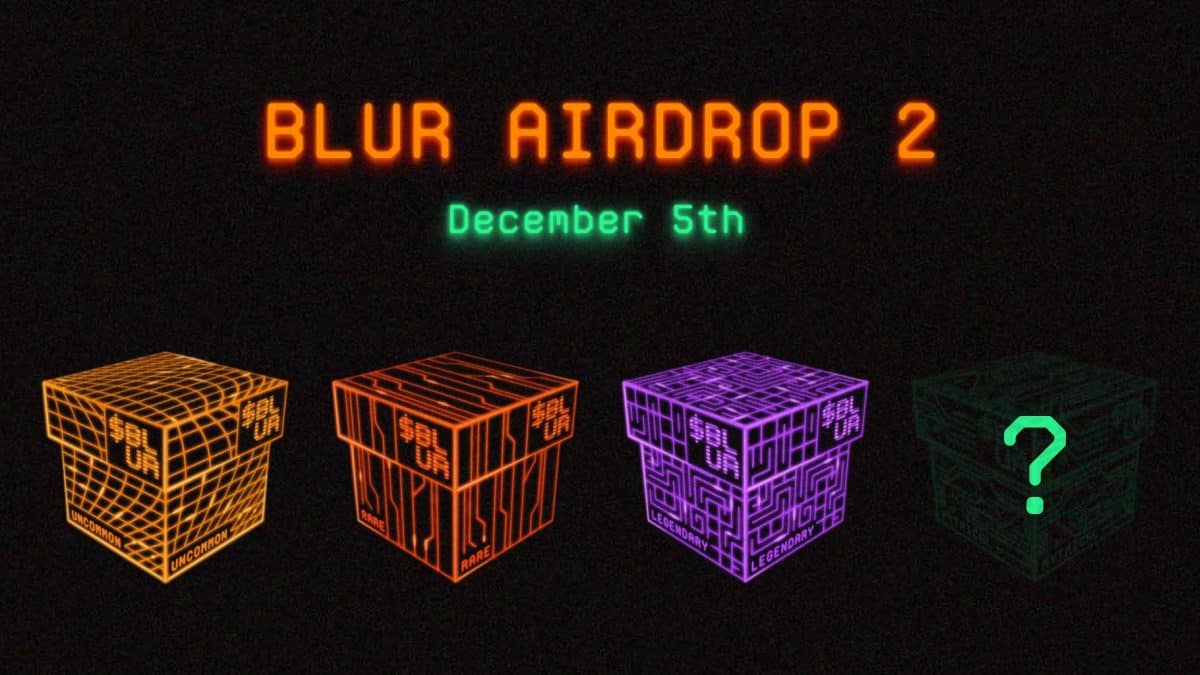 NFT marketplace, Blur is back with a second airdrop for its users. In a tweet on Wednesday, November 30, Blur announced that its airdrop 2 would arrive on December 5. Notably, it also added that the upcoming drop would be “10x bigger than Airdrop 1”. To be sure, the marketplace debuted with a free airdrop in October. Let’s take a closer look at what Blur airdrops are all about.

While Blur announced its second care package airdrop yesterday, unfortunately, it has not yet revealed more details. For now, all we know is that it will offer more rewards. Furthermore, transactions of Blur NFT traders till December 5 will be counted for the drop.

To recap, in October, the marketplace announced $BLUR care package airdrops for users who list NFTs on its platform. Essentially, the airdrop came in the form of crates with an undisclosed amount of its token, $BLUR. However, there’s a catch—users can open the crate only in January 2023 post the token and governance launch.

To claim the crates, NFT traders can connect their wallets to the website, sign a gasless transaction, and click the “Airdrop” button. Then, follow the prompts to claim the number of crates each user is eligible for.

What is the Blur NFT marketplace?

Blur claims to be the “fastest” NFT marketplace that lets users “sweep across multiple marketplaces”. According to its website, the marketplace is ten times faster than the NFT marketplace aggregator, Gem. The VC-backed platform also offers portfolio analytics for NFT veterans.

All things considered, Blur is now putting the spotlight back on airdrops. After all, who doesn’t love some free tokens?

The post Blur Airdrop 2 Is Scheduled For Monday: Is Free Money Season Back? appeared first on NFT Evening.